What Are Considered Plumbing Emergencies? 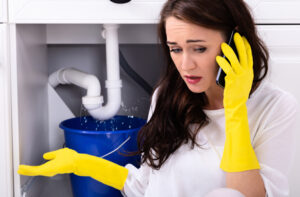 The average water leaks in households add up to ten thousand gallons of wasted water every year. That is roughly one trillion gallons around the nation. That’s sufficient for providing water to over 11 million households. Usually, leaks are a simple repair job, and all it’ll take is a call to a plumber. But do they warrant an emergency service call to a plumber? Here is a list of plumbing emergencies that render a call to Jamerson Plumbing Services:

Not every water leak is an emergency. However, the minute you notice some indications of extensive water leakage, contact a 24/7 plumber immediately. Water leaks may impact your home’s integrity. Some water leaks are silent, which means you won’t see the problem until it has already caused significant destruction to your house. Mildew and mold might also form, resulting in severe health problems. It may lead to symptoms of a respiratory tract infection, asthma, itchy eyes, etc.

Usually, ceiling water stains do not appear until after a water leak has been there for quite some time. This means that the water already has been soaking the floor and/or ceiling for the same period of time. If you are concerned with the extent of the damage, contact a plumber immediately.

Burst or damaged pipes may cause a flood if left untreated. Household flooding is always bad news, since it may damage your home’s structure. One burst pipe may release several gallons of water in a brief time.

Low water pressure is one other impact of having damaged pipes. If you are experiencing this problem in more than one water faucet, having the pipes checked is an excellent starting point. Clogged aerators may be causing low water pressure. But it should just impact one sink unless there is clogging in every aerator. Attempt to clean it to check if it resolves the problem.

Discoloration sometimes can come along with saggy ceilings. It’s a serious problem because it may cause a full collapse. Things can get even more expensive and messier if you put the problem off until later. As such, it’s an emergency. Immediately switch the water off and get in touch with an emergency plumbing service.

Overflowing toilets may be caused by a variety of reasons, like damaged float mechanisms or clogged pipes. Either way, the problem is a major plumbing nightmare. Each time you have to turn off the supply of water to temporarily repair a problem, you have to have a 24/7 plumber. An overflowing toilet is one of these times; so it’s a good thing it is easy to do. You just have to reach for the water valve that is behind your toilet and then turn the valve clockwise.

Other situations to be on the lookout include:

In applying a few first aid remedies, it is possible to stop any further dangers and damage. Then, you can contact a 24/7 plumber to get to the core of the problem. Whatever the issue is, though, do not hesitate to call Jamerson Plumbing Services in Southport NC at 910-880-0681 so our team can help you immediately with water heater repair, damaged pipes, overflowing toilets, leaks, and much more!

This website uses cookies to improve your experience while you navigate through the website. Out of these cookies, the cookies that are categorized as necessary are stored on your browser as they are essential for the working of basic functionalities of the website. We also use third-party cookies that help us analyze and understand how you use this website. These cookies will be stored in your browser only with your consent. You also have the option to opt-out of these cookies. But opting out of some of these cookies may have an effect on your browsing experience.
Necessary Always Enabled
Necessary cookies are absolutely essential for the website to function properly. This category only includes cookies that ensures basic functionalities and security features of the website. These cookies do not store any personal information.
Non-necessary
Any cookies that may not be particularly necessary for the website to function and is used specifically to collect user personal data via analytics, ads, other embedded contents are termed as non-necessary cookies. It is mandatory to procure user consent prior to running these cookies on your website.
SAVE & ACCEPT